Tactics are used in all events that we hold on CPR or CPATG. They are basically Words or Emotes, which need to be done throughout the Event. The Leader of the event will shout them out, such as “E7 ON 3” which once they count to 3 on discord you will use the emoji by pressing E + 7 on your keyboard creating the Wink Face on Club Penguin. It’s simple! With a number of other users repeating the same emoji it can create lots of intricate patterns that look amazing! Be sure to take pictures!

Similarly, The other kind of Simple tactics include Words. These include Leaders telling everyone to type a certain Phrase, For ex. “Unleash the Power of Helping”. On the count of 3, Everyone needs to enter it together on CP and keep copying and pasting it until another tactic is announced.

Example of a Battle :

Some of the Common Tactics used by HF are :

Note : Remember to keep doing the Tactics for atleast 6-7 Seconds.

When entering a new room or after using a bombing tactic, you will most likely be put into a new Formation. A Formation is basically the way we organize ourselves in the Event. It can be various Lines, A Plus, An X, Etc.

Remember : Do NOT Bunch. Bunching means sitting on top or very close to each other. That makes us look small. Make sure you have atleast a Visible Gap with the penguin next to you.

We use all of the above to go into a Battle. There are other armies in the Community who also train like us. We Battle them in Wars, Practice Battles, Tournaments, Etc. Battling is similar to a Normal Army Event, But you need to be more aware and hold tactics more longer in a Battle to defeat the other army.

Hey There Helpers, Today we logged into Blizzard-CPR to participate in our Tuba Takeover Event !
Whilst it being an Amazing Event, with about a 35 Max, It was led by Ayan with amazing Formations and coordinated Tactics throughout the 4 Rooms which were done in the Event! 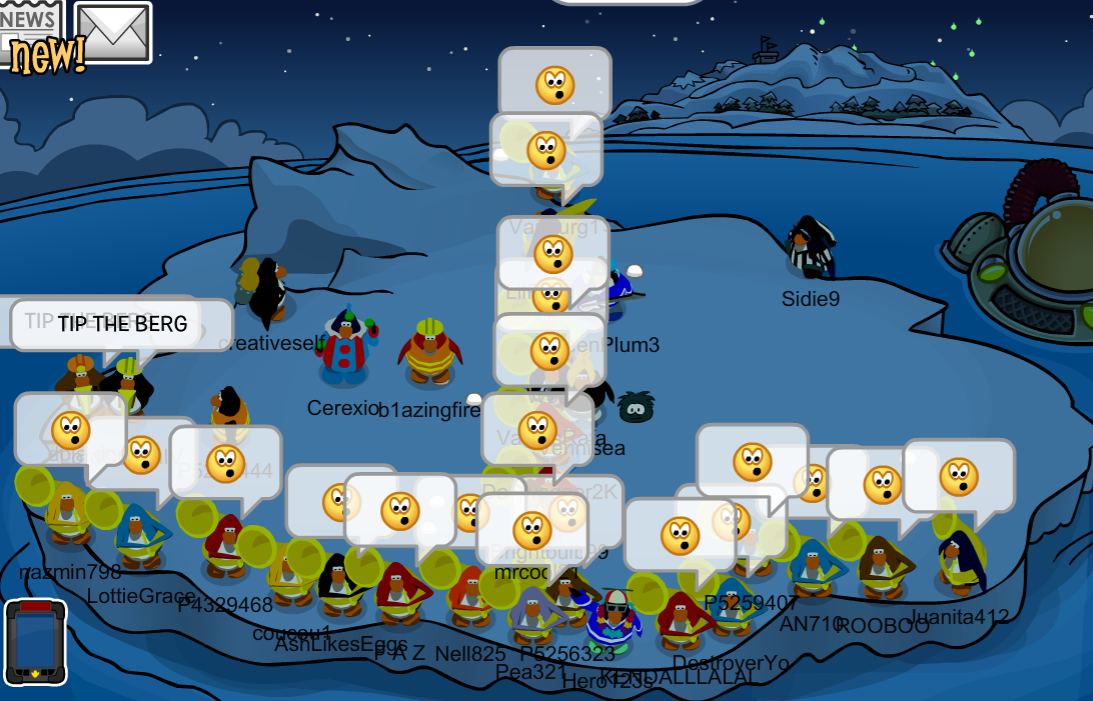 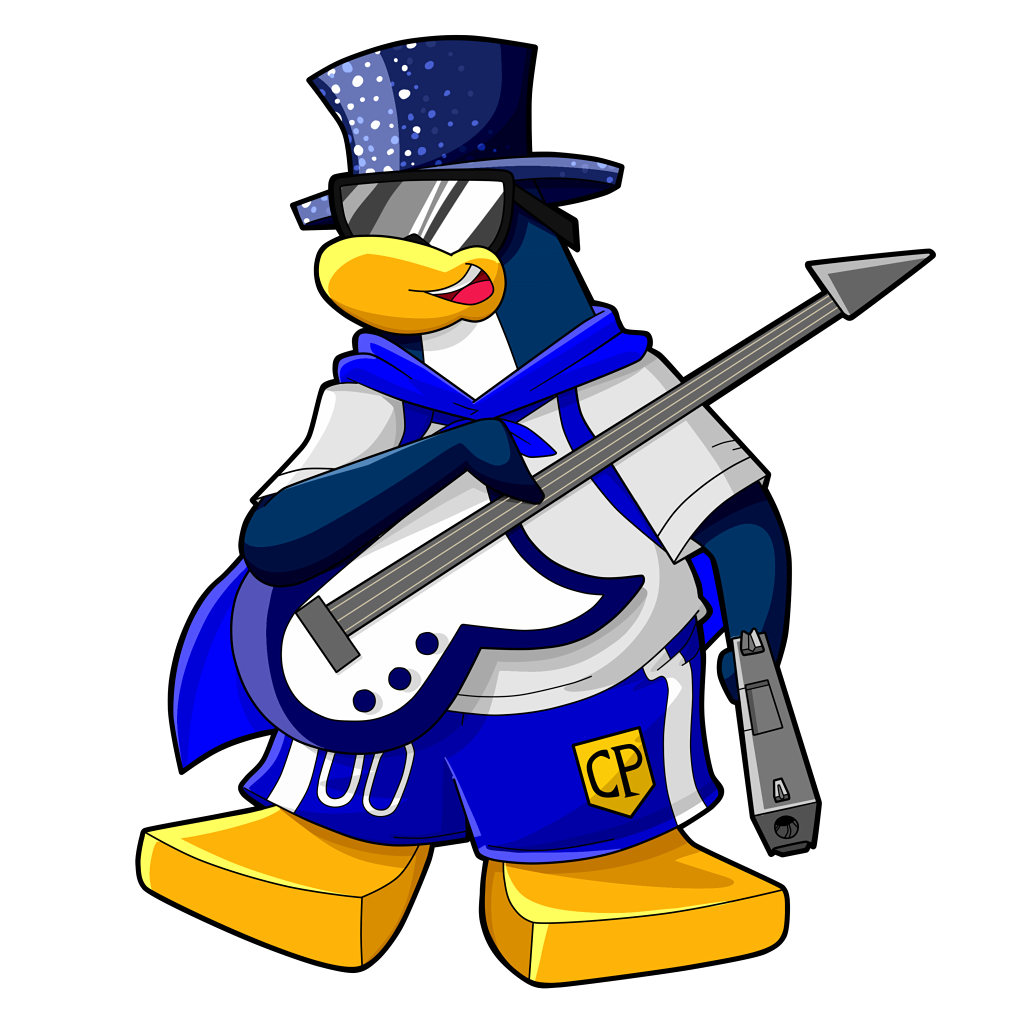 Hey there Everyone, After we moved to CPR, We gained a lot of New Troops as well as lost our few Active ones. This Post is made to check which Troops are currently active in the Army. Make sure to comment below this Post in the format provided !

Commenting is absolutely necessary for the Staff team to know how many active troops are there in the army, How many are Inactive and how many are MIA. It helps us plan Events accordingly and tell those specific troops for Events who’re Alive.
Unleash the Power of Helping!

Hey there Helpers, The EU Division had a Breathtaking CPR Training today in which we wore our CPR Jerseys and had an Amazing Events with various Bombs.
We managed to Max around 28 Penguins, And Recruited 20 New People for it ! 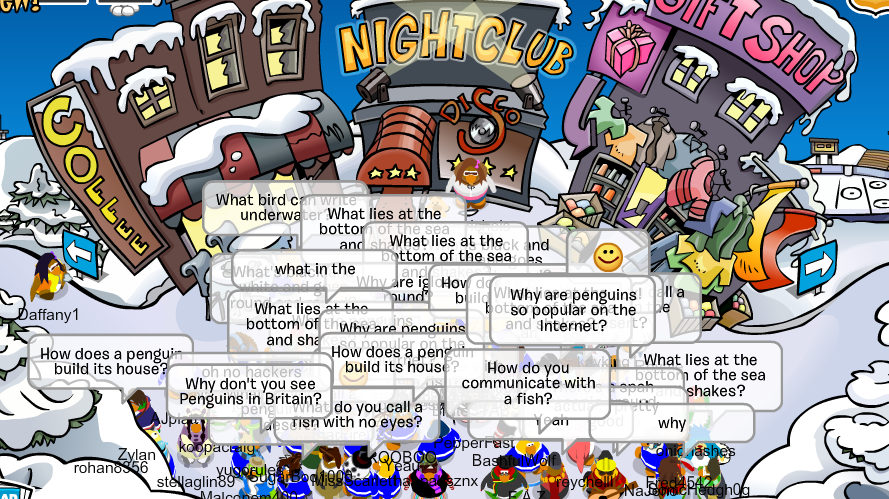 Hey there Helpers, We logged in Blizzard CPR on Wednesday to for a Huge EU Instrumental Takeover.
We maxed over 25 Penguins with Amazing Tactics and New Recruits being a Part ! 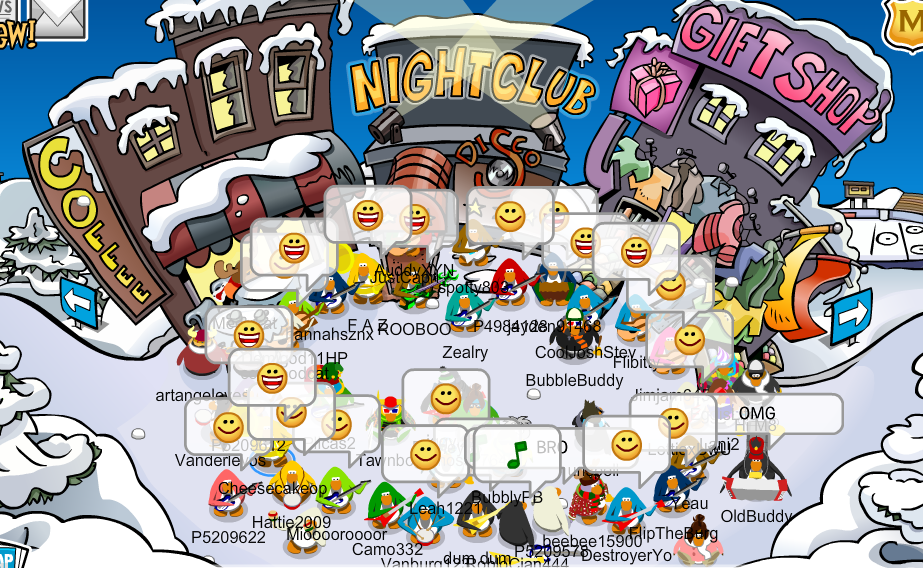 Hey there Helpers, We logged in Blizzard CPR on Wednesday to grab some Pizzas in our AUSIA Event !
The Event went amazing with Perfectly co-ordinated tactics and formations. Have a Slice Day Everyone ! 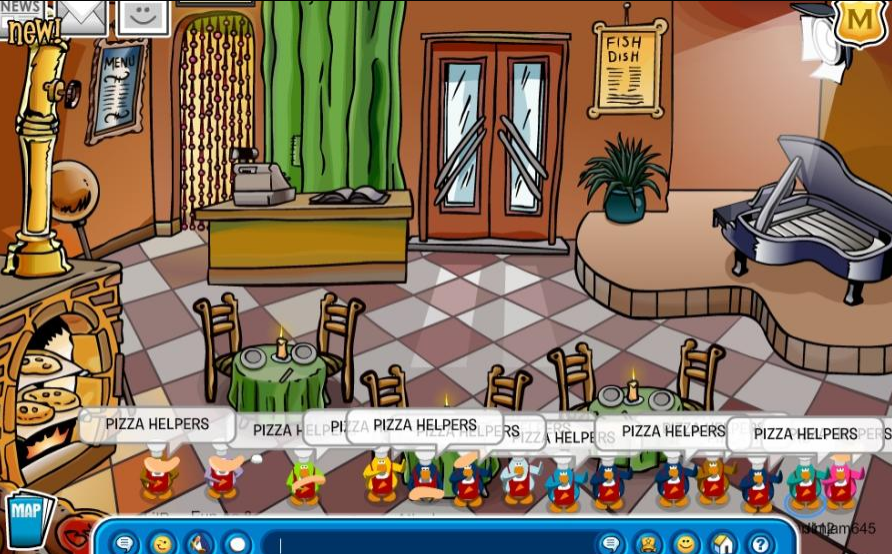 Hey Help Force, We had one of the most Exciting and Nerve Wracking Battles in our History the other day, When we went head on against the Army of Club Penguin in CPA!
The Atmosphere in the army from 24 hrs before the Battle was in a full on Recruitment Mode. We recruited about 90 Troops in 15 Hours, which shows the strength and unity of the army when it comes to participating in vital events like this one ! 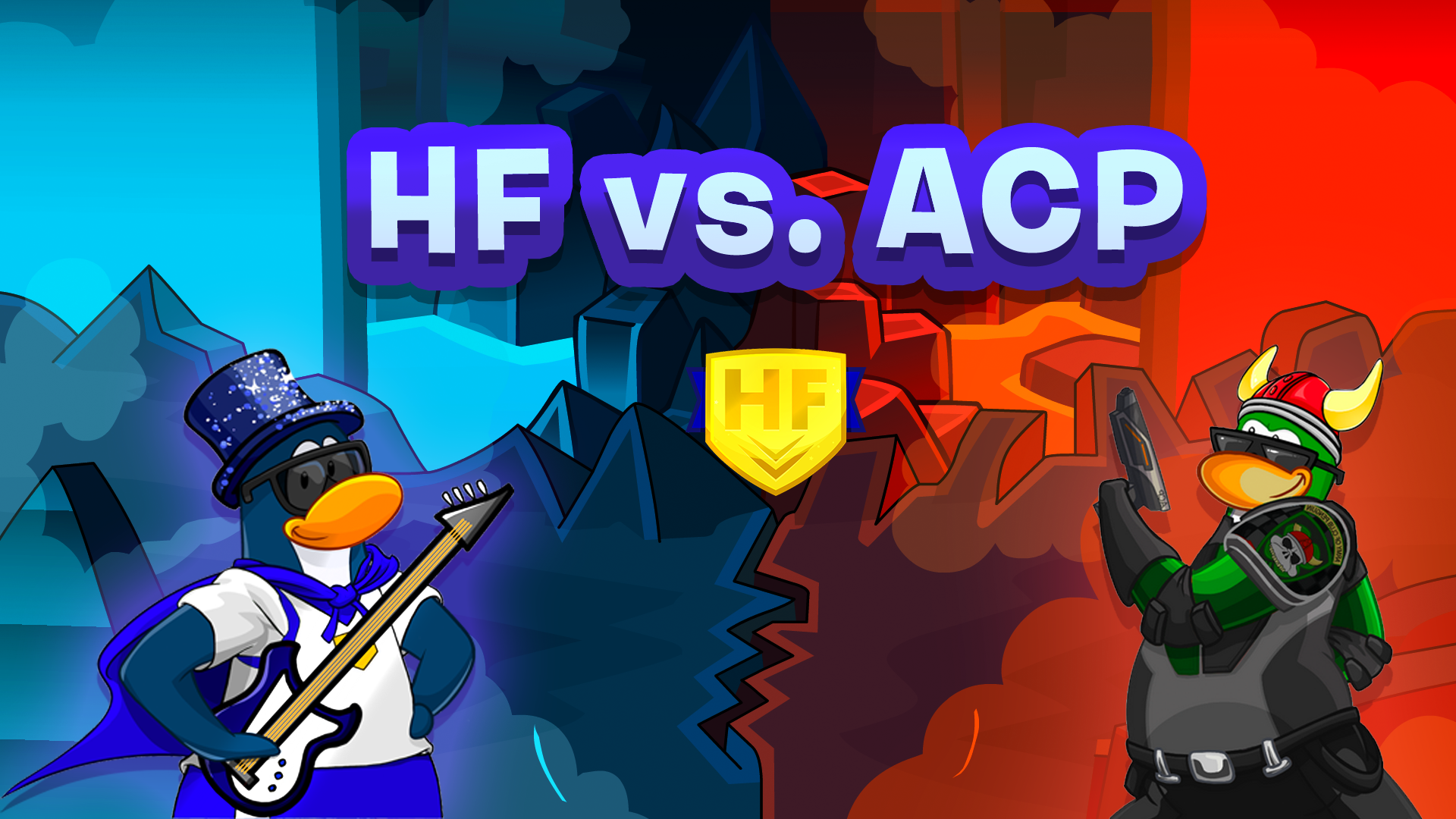 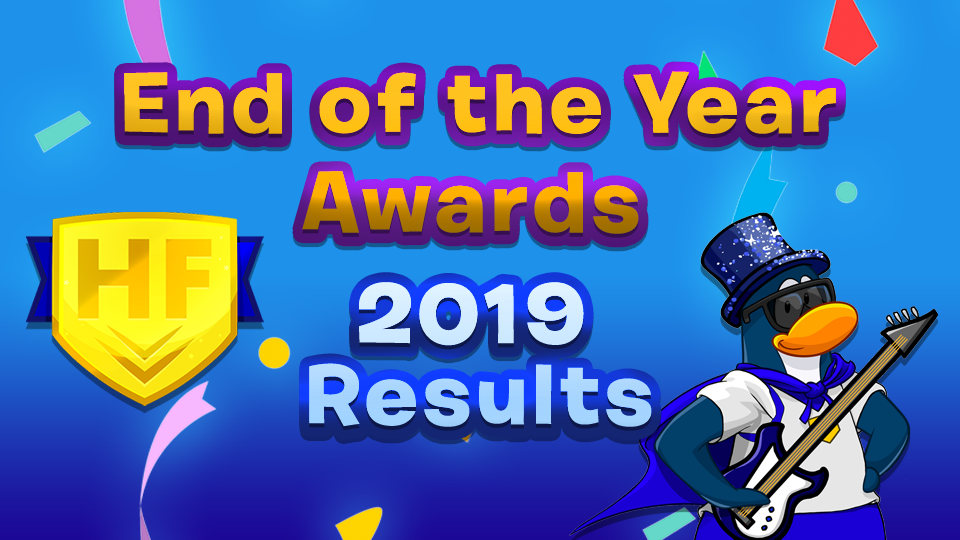 Cheers to Everyone on entering 2020, Happy New Year and wishing you a great 2020 ! It’s proud to announce that we had an amazing turnout of people voting for the End of the Year Awards, Where we saw veterans logging on to vote, along with the people who left the army for another CPPS. We had an amazing voter turnout of about 60 People.
Presenting before you , the End of the Year Awards – 2019 ! It hasn’t just been counted by me, It has been counted by the Help Force Leaders, It also has been made sure that there were no repeated comments and that everyone voted fairly.
FULL REPORT 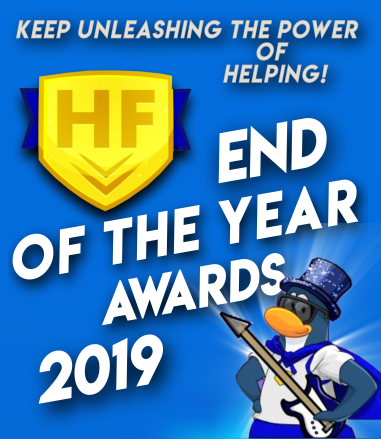 As the Year comes to an end, We saw a lot of Events which happened this year, With Active Troops joining, Various Retirements, Heck load of Dramas and obviously the Fun we had, not as an army, but a Family.
Here, We bring to you the End of the Year Help Force Awards for 2019. There have been various people who’ve contributed in different ways, Whilst the Staff putting all of their effort to not stop the growth of the army.
The Awards are sorted out into various categories, With nominees in each one of them :
Important Note : Do not vote for a person because they’re your friend, or they mean a lot to you, Vote for them only if you think they’re the most suitable for the Award.

The Voting is to be done by Commenting in the Post Below. You can remain Anonymous, The Voting Procedure is given at the end of the Post.

Hey there Helpers,
You might’ve noticed and heard stuff happening around and in Help Force. Read this post and get your mind cleared, As a brief statement > We are no longer in Club Penguin Online , and it’s Army Central. We have moved into a much better , fairer and smarter league run legitimately. Join the new Help Force Discord from Here > https://discord.gg/HQGQTNT
FULL REPORT