Zipline, Fly’s Igloo ~ Hey there Helpers! Welcome back to another edition of The Help Force Beacon. Today’s edition is very similar to the last. I’m happy to be introducing the next chapter of our interesting story. Without further ado, I present the next edition of The HF Beacon. Click continue reading to read on!

Hey there Helpers, Recently The Help Force logged onto Blizzard for their Blizzard Invasion. As the Templars didn’t show up for the battle, Help force gained an Automatic Victory!

Here are a couple of pictures taken during the Invasion : 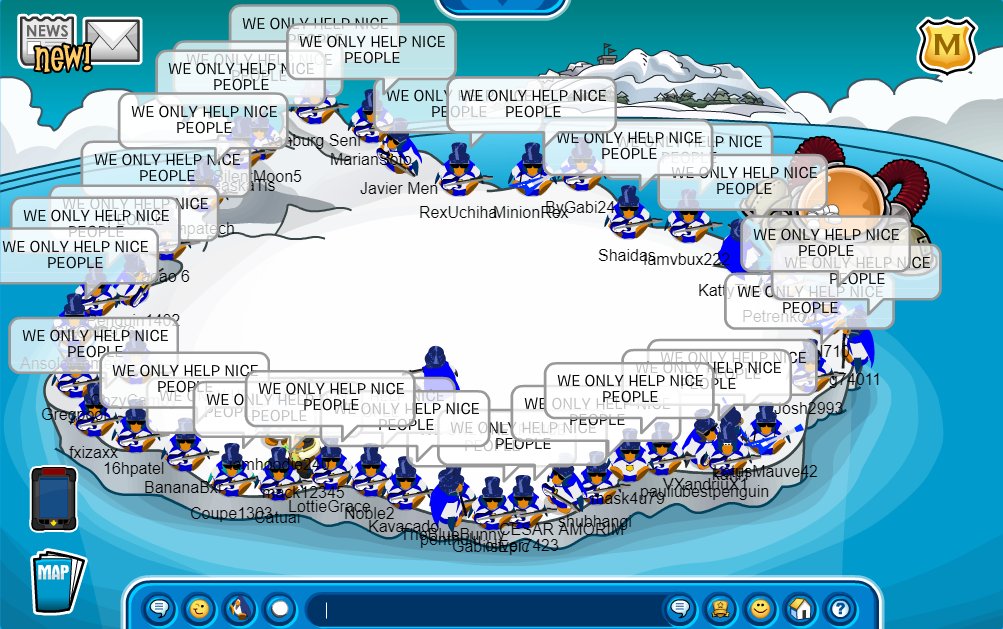 Hi there Helpers! Last Sunday, The National Armies Alliance consisting of The Royal Family of CP, The Aliens of CPO and The Help Force Logged onto Slushy and successfully defended their territory, Boots from the Templars.

Together we won both, the Ice Berg and the Town! Here are some pictures that were taken during the battle : 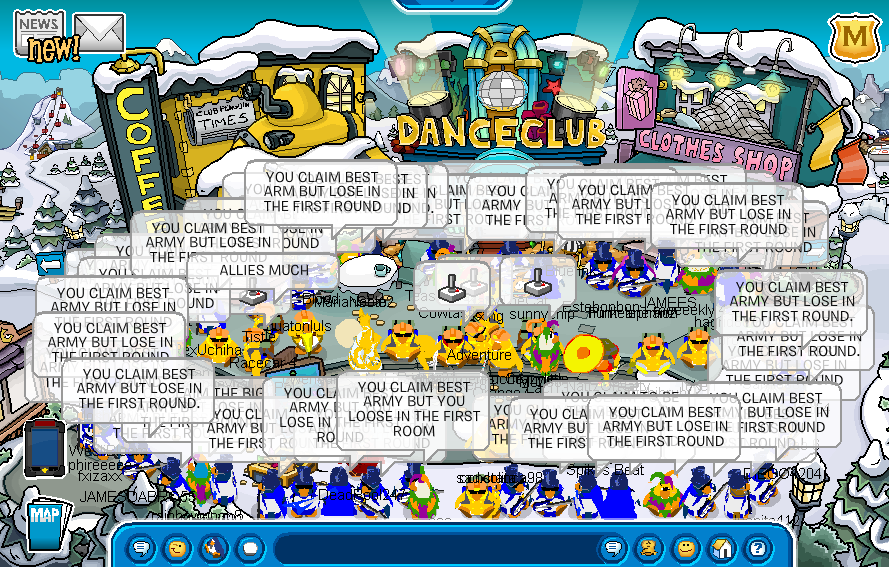 As expected, the event went noticeably well owing to the deftly done tactics and formations! Along with that, the members showed their hype and enthusiasm throughout the event. 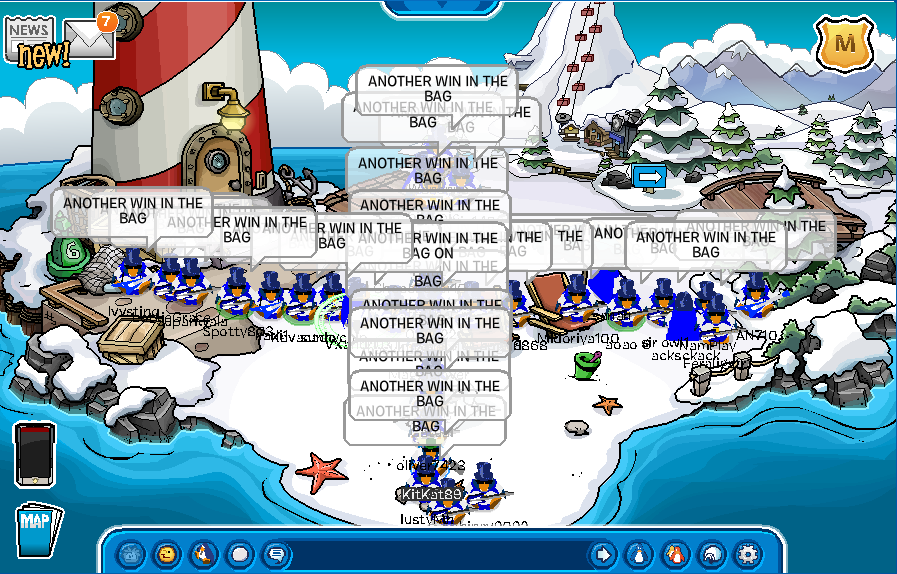 Before I even begin this week’s Face of the Force, I can already hear Helpers saying “Did Beni only pick Tsanami because they’re a CPO ship?“. The answer is absolutely not. I would never want to abuse my abilities as a writer for this website like that. However, I must state that being in a CPO ship with Tsanami has brought me close to her, and that is how I know she deserves to be this week’s Face of the Force. Tsanami is, like other Faces before her, an incredibly active member in HF. What some of you may not notice, however, is just how devoted Tsanami is to Armies in general; a Head Party Planner in Royal Family, the sole Leader of Crimson Guardians, and a Master Commander in Help Force. Everywhere in the NAA, you’ll see Tsanami either attending every event she can, cracking jokes about her CPO family (especially me), and mothering everyone around her. Tsanami is a special and important person because of how devoted she is, not only to Armies, but to people in general. Tsanami is one of the more adult members of Help Force, and she uses that platform to help and engage those younger than her and help them through whatever they may be going to. Tsanami is someone that ought to be admired, and it is my distinct honor to call her this week’s Face of the Force.

Hello Helpers! Due to some technical problems, we didn’t update the Gamer of the Week twitter post! So here are the past 3 weeks GoTW winners!
The First week, Aoao6.
The Second week, Eplicirion.
And this week’s GoTW KattyTheCat

Congratulations to all users! 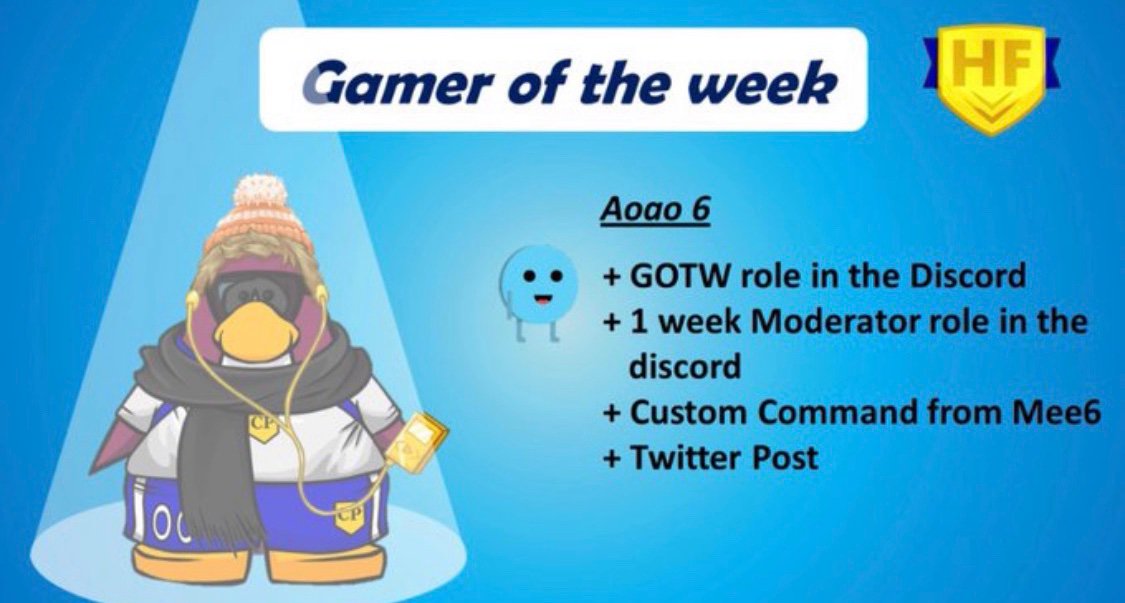 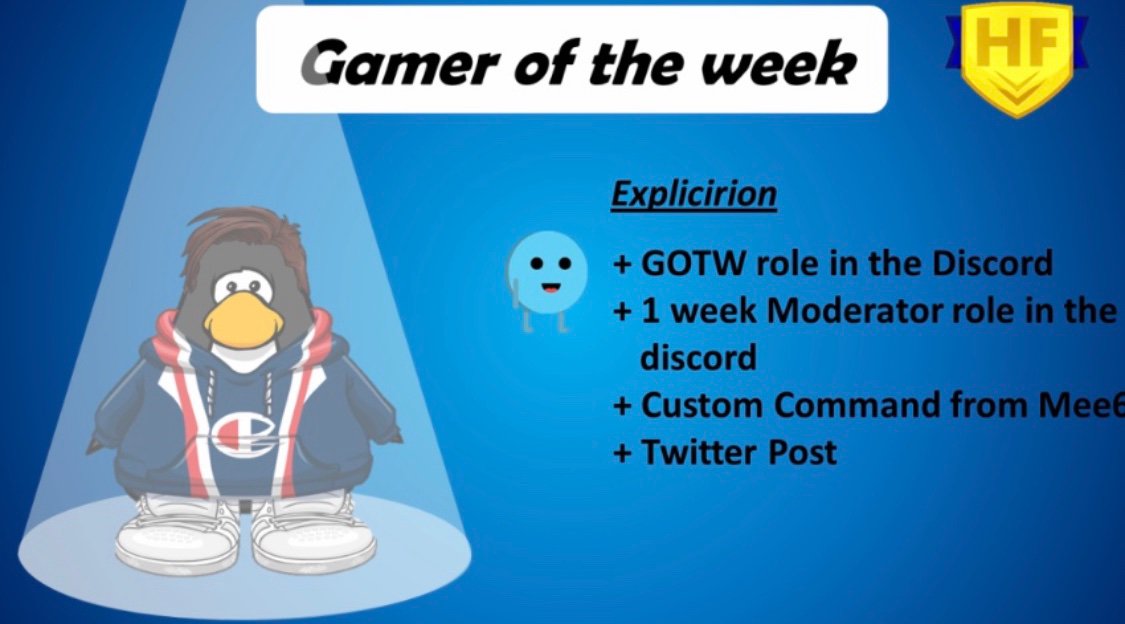 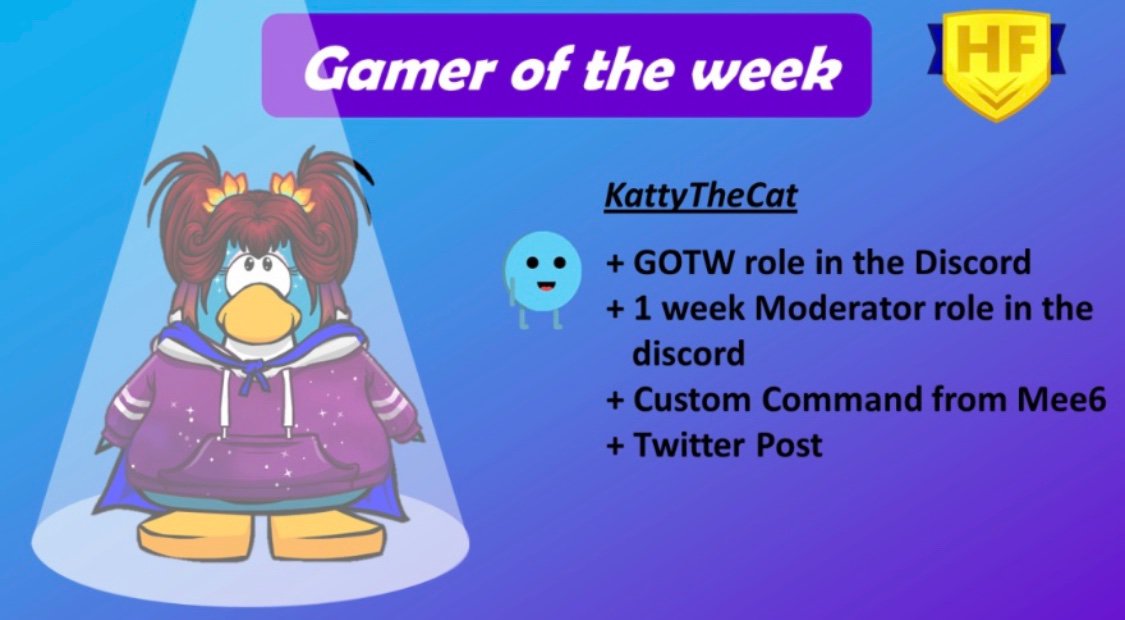 Howdy Helpers! Last Friday the Help Force logged onto Slushy to continue onto the second round of the Summer Bash against the Vikings.

Similar to the previous round, our opponents didn’t turn up to the battle giving us an automatic win. But instead of logging off, we used this opportunity as another practice battle to prep for the tougher round next week!!

The event turned out beautifully, with clean tactics and formations and a higher max compared to our event the previous week! I hope to see you guys coming to our next battle for Round 3!! <3

Here are some of the pictures taken during the event:

Hey there Helpers , Introducing to you a NEW SERIES : The INSIDE OUT ! The Posts released in this Series would contain those Deep , Dark Secrets , Strategies of Important people of HF for all of you to read. Laughing my ass out.

NOTE : The Posts in this Series contain PG 13 : Swearing , Indirect References which are Solely intended to be as Jokes and are agreed upon by the Person on which the Post is being made of.
So if you are not of that Age Category , It’s advisable NOT to Scroll Down/ Click Read More !

Zipline, Fly’s Igloo ~ Hey there Helpers! The HF beacon is back, but it’s going to be taken over by the 1 and only, flypin. I will be publishing a new edition of the HF Beacon every two weeks. Unfortunately, due to school, I wouldn’t have enough time to post every week. I will also be changing Question of The Week to “Riddle of The Week”. Everyone to figure out the answer and DM it to me on discord would be mentioned in the next HF Beacon post. Without further ado, press continue reading and read on!

Howdy Helpers! Yesterday Help Force logged onto Slushy to show up for their first battle in the Summer Bash against the Maraca Amigos.

However, our opponents failed to show up to the battle giving us an automatic win. Despite this, the army didn’t log off after knowing our victory. Instead, we made this an opportunity to turn it into a battle training event for our members!!

The event went great, with tactics and formations perfectly done to our troops hyping up the chat throughout the event! I hope to see you guys coming to our next battle for Round 2!! <3

Here are some of the pictures taken during the event: