Many people must be confused about what exactly is happening in the war situation currently. Here’s a Post telling you Everything you need to know !
Click the **Read More** Below and Start Reading !

Earlier in March , The Light Troops Leader – Blueink decided to release out a poll about an Invasion on the National Armies Alliance or not. This came as a shocking news to many of us as it was peace between Help Force and Light Troops but the Poll ended that completely , leaving a Suspicious impression on everyone who saw it. 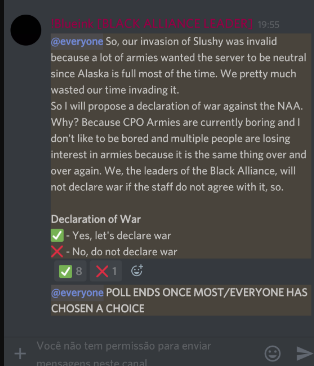 Due to all of this happening , It was decided to teach the Coward Light Troops who wanted to raid the NAA during when it was broken. An Invasion of Flurry [ Light Troops’ Capital ] was announced and everyone got hyped about it.

On 16th April : The Invasion was announced and the raid of Flurry was supposed to happen on the 17th of April – AUSIA times.

The Help Force successfully managed to teach the LT a lesson and grabbed Flurry from their hands , While the Light Troops suffering a horrendous loss in that battle. 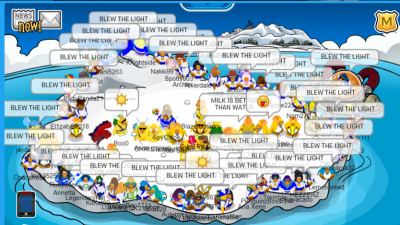 The Pirates’ Leader – Epic101 decided to intervene in this ongoing war and help the Light Troops to regain Flurry. Soon it was announced that Pirates along with LT would invade Flurry on the 19th of April – USA Times [ Do note that Help Force does NOT have a USA Division , this was the most coward move shown by one of the best armies out there ].

The Interesting fact here was that with the return of Templars to the CPO Community , They [ Being Cowards ] decided to help the Light Troops out of nowhere. This just showed that their Leader Xing just wanted to boast about winning rather than growing his own Small Army.

Even though the Pirates along with Light Troops regained Flurry back from Help Force , it was a Competitive fight which lasted till the end minute.

The Current situation lies that Light Troops , Templars [ Which cannot do anything without their “Brother” Ally – Pirates ] and Pirates are going to invade Zipline [ Our Capital ] today – 20th of April.

UNLEASH THE POWER OF HELPING !