Hey Helpers! Welcome back to the Help Force Diaries, a new weekly article on the going-ons inside Help Force! This week we wait in anticipation for our massive Halloween Week next week within the army, which will include fun-events and tactic battles, with something new to do everyday! But first, what happened this week? The Help Force Diaries is a great way of keeping a log about what happened each week in Help Force, and if you’re lucky enough, you could see your name in the diary too!

After a fun-event filled week last week, Help Force took the opportunity this week to host battle practices and train army troops, before an action-packed week next week. After beginning the week with two days of regular segments, the week’s main events began on Wednesday, with the Invasion of Zipline. In this event, the aim was to build on an insane 88 reached the Saturday prior and this mid-week event reached heights of 55 which is still remarkable for a Wednesday. A great way to start the week’s events!

Thursday was also a Practice Battle day, but this time at a better time for USA members. This practice saw similar max sizes, impressive at a less active time for many people. This event saw around 50 members practicing tactics around the island. Both events were a success, with members gaining promotions for their hard work in the events, and of course, all of the segments!

Friday strolled by with the usual segments, but one difference was the sorting for the Halloween Week teams: Skeletons, Werewolves, Vampires and Ghosts. Nearly 100 people were sorted for each team, with the main events starting on Monday! This then lead on to the Big Saturday Event! This was the final big event before the massive Halloween Week. This is event maxed around 75 which is still very impressive, with such an important week just around the corner! For a more detailed article about this Practice, click here: 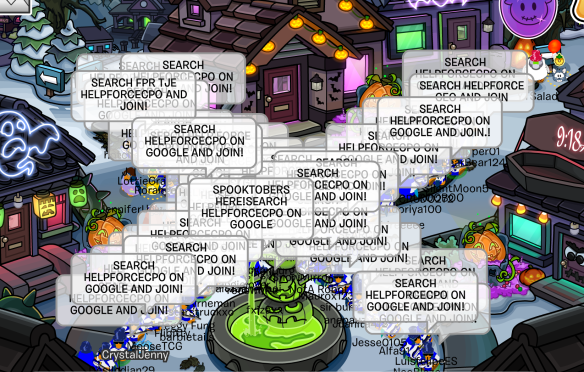 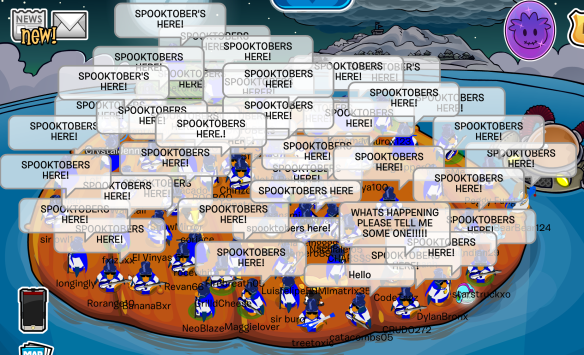 The remainder of the week was full of segments and mini fun-events within the Halloween teams. Team leaders Spotty, Lottie, Kava and Tistle all worked hard with their other leaders in making sure the team bonded well and enjoyed having some time off army work with some small events! Stay tuned – There’s going to be events every day so make sure you make it to as many as possible, as you are a crucial part of the team’s success during the week!

Gamer of The Week this week was won comfortably by Hispanic Sebasdou! His attendance during well-paying Spanish segments as well as English ones meant that he was receiving points all the time, and by the end of the week he was 800 points ahead of 2nd place! Congrats on your first GoTW Sebasdou! Thoroughly deserved!

After multiple staff promotions last week, there has been no change in order at the control room. But after successful tactic practices during the week, 2 rounds of promotions were given to Helpers! Help Force also reached their goal of 9000 members by the end of Sunday! What’s the next target? 9300 by the end of next Sunday of course! This will only be achieved through segment attendance and activeness and Halloween Week is definitely the key to lifting the whole army once more! So let’s bring on Halloween Week! Unleash the Power of Helping!